I took a long, looooong break from working on this project, and when I finally came back to it, I decided that I was going to focus more on the “copy, paste, fanfic, plagiarize” aspect, because good God damn, so much of this stuff gets to be infuriating. I thought maybe that would help me keep a level head, and maybe not burn out so much, so fast, this time around.

But it seems to be having the opposite effect. I am having to work harder to censor my thoughts on some of the bullshit in this book than I would if I just let it all out. So, yeah. Letting it all hang out.

After the riveting cliffhanger in which Ana bids her whatever inflated thousands of dollars on Christian’s donated Aspen vacation, she realizes that just maybe it wasn’t a good idea. Because OF COURSE Christian would get mad about that. He’s fine with throwing money around, but only so long as it’s his.

Holy shit, did I really just do that? It must be the alcohol. I’ve had champagne plus four glasses of four different wines.

Wow girl. Didn’t we start this series hearing about how she was never much of a drinker? And yet she had champagne before they even went to the auction. Plus more (constantly refreshed) champagne while mingling. So probably at least two or three glasses worth there. Then a different vintage of wine with each course of dinner.

So Ana, a self professed non drinker, has put down at least three or more glasses of champagne, plus four glasses of a variety of red and white wines. But she’s not much of a drinker.

Moving on, Ana notes that Christian is unhappy with her actions, all glaring at her and shit. Of course he’s pissed that she spent HER money purchasing something in the auction. Donate it to charity, I said. He couldn’t possibly get mad about that, I said. Dammit.

There’s more talk about spanking/teasing/sneaking off for sexy times etc.

Disclaimer: guys, just keep in mind, if you sneak off during an event, like a dinner, or party or what-have-you, to have sex with someone, people notice. They might not say anything, but they know.

Soon enough, Ana describes what it’s like to become aroused.

Everything south of my navel contracts. This is becoming unbearable.

Man, yeah, I hate it when I get turned on, but then I get cramps in my thighs. And calves. Ass. Feet. Toes…

My inner goddess performs a perfect triple Salchow in her ice skates.

At some point in the previous chapter, Ana agreed to help Mia with the auction without finding out what that would entail, so of course it’s something that would totally mortify Ana. The girls are going to auction themselves off for the first dance. Ooooh, scandalous.

This is a great show, but it’s at my expense. I want to wail.

Christian bids on Ana, duh, and there’s a challenger, DUN DUN DUN, who keeps upping the bid until CG finally says one hundred thousand. Lily, the sourpuss friend of Mia who had a crush on Christian, can’t stand it.

“What the fuck?” Lily hisses audibly behind me.

And this isn’t the last time we get treated to Lily’s jealousy. Why do you keep coming back to this. She’s just a throw away character, and you’re abusing her EL. I see your game. “Oh, look how sweet and innocent and wonderful Ana is as a heroine. She would never be so snide and nasty.”

From the corner of my eye, I can see Mia bouncing up and down with glee.

“This was my room,” he says quietly, standing by the door and locking it behind him.” 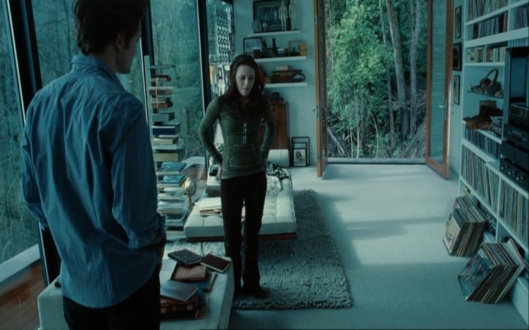 And yes, I know quickies exist. (When you and your partner have multiple kids, sometimes a quickie is all you can work in.) I’m just saying, have you ever tried to go up and down two flights of stairs in a ball gown and stiletto heels? Shit on that.

There are ticket stubs to various concerts: U2, Metallica, The Verve, Sheryl Crow, the New York Philharmonic performing Prokofiev’s Romeo and Juliet—what an eclectic mix!

Christian smiles down at me, takes me in his arms, and starts to move. Oh, he dances so well, making it easy to follow.

Ana does finally get to meet Christian’s psychiatrist at the gala event thing, which is kind of weird to me. Like, if I saw a therapist, I wouldn’t necessarily introduce my dates to him/her. Especially not within the first couple weeks of dating. (Because guys, they are still just in the first few weeks of dating here. Let that sink in.)

Here’s where that conversation peaks:

“How did you find yourself here?” 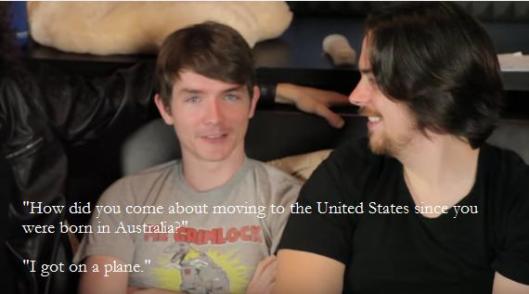 Oh Ana, our ever intelligent heroine…

As I make my way to the powder room, I remember I have left my purse on the dinner table, so I head down to the marquee. When I enter, it’s still lit but quite deserted, except for a couple at the other end, who really ought to get a room! I reach for my bag.

But whatever. As Ana tries to get her purse, Mrs. Robinson seizes the opportunity to talk to her.

I don’t know what the social conventions are for meeting known molesters of children.

YES! (Lest it be forgotten that Christian was 15 when mid-twenties Elena first used him as her sub.)

There’s a little back and forth in which Elena tries to threaten Ana. Ana giggles, then clarifies:

I’m laughing at your audacity, Mrs. Lincoln. Christian and I have nothing to do with you. And if I do leave him and you come looking for me, I’ll be waiting—don’t doubt it. And maybe I’ll give you a taste of your own medicine on behalf of the fifteen-year-old child you molested and probably fucked-up even more than he already was.

After CG discovers Elena talking to Ana, he reassures Ana that Elena is “old news.”

Old being the operative word

GODDAMMIT ANA! Every time, every fucking time I start to like Ana, she says or does something to absolutely kill it. You want a twenty-something calling you old once you hit 35 years?

Later there’s some fireworks. Taylor doesn’t like them, probably because he’s trying to protect his boss and his boss’s date from a potential attack by someone who might have a gun.

“I think that firework display probably aged him a hundred years,” [Christian] adds.

Ana, you are just a brilliant little genius, aren’t you? We would never figure it out if it weren’t for all the supporting characters telling us how bright you are.

Mia comes bounding up to us.

Oh, and then THIS bullshit:

“What did you mean about a big day tomorrow?” I ask to distract myself.

“Dr. Greene is coming to sort you out. Plus, I have a surprise for you.”

“Because I hate condoms,” he says quietly. His eyes glint in the soft light from the paper lanterns, gauging my reaction.

“It’s my body,” I mutter, annoyed that he hasn’t asked me.

I gaze up at him as various guests pass by, ignoring us. He looks so earnest. Yes, my body is his . . . he knows it better than I do.

You don’t just arrange for the doctor of your choosing to come and set a woman up with birth control (spoiler alert, that’s what the doc is for, don’t accuse me of jumping to conclusions) just because you don’t like condoms. What if she doesn’t like having hormonal birth control mess with her body? What if it’s against her religion? What if she just doesn’t want to be on a birth control? What will you do about preventing STIs? The shot’s not going to do anything for that.

This is some of the coercive domestic abuse that we rant about in this book.

While I’ve been raging, they’ve made it back to CG’s apartment. But! Drama! Tension! Cliffhanger fodder!

“Mr. Grey, the tires on Ms. Steele’s Audi have been slashed and paint thrown all over it.”

Holy shit. My car! Who would do that? And I know the answer as soon as the question materializes in my mind. Leila. I glance up at Christian, and he blanches.

“Taylor is concerned that the perp may have entered the apartment and may still be there. He wants to make sure.”

“He’s coming up in the service elevator with Ryan and Reynolds. They’ll do a sweep then give us the all clear. I’m to wait with you, sir.”

Secondly: oh, now you care about your car?

Thirdly: why/how should or could Leila be able to get into the apartment? Don’t you lock it? WTF?

Fourthly: with all the blanching and flushing, I worry about these characters from a medical standpoint.

Fifthly… is that a word? Spell check says yes, okay; fifthly: like he’s actually going to wait like he was told. See:

“Listen, I can’t stand here and wait. Sawyer, take care of Miss Steele. Don’t let her in until you have the all clear. I am sure Taylor is overreacting. She can’t get into the apartment.”

What? “No, Christian—you have to stay with me,” I plead.

Christian releases me. “Do as you’re told, Anastasia. Wait here.”

Firstly: tell him to go fuck himself.

Secondly: please, let him go running off unarmed (presumably) into the apartment where an armed stalker might be waiting. Is cool.

Chapter Summary: The conclusion of the charity auction, sex, dancing, fireworks, the ride home, and finally Christian acting like an idiot after they discover that Ana’s tires were slashed.