At the end of Fifty Shades of Grey, Ana left Christian after finally realizing that this relationship was just not going to work out.

“I have survived Day Three Post-Christian, and my first day at work.”

“Out in the early evening air of Seattle, I take a deep breath. It doesn’t begin to fill the void in my chest, a void that’s been present since Saturday morning, a painful hollow reminder of my loss.”

Okay guys, do I even need to elaborate on this? They break up, they pine, she can’t live without him. This is the first page of Chapter One, and already, we have to listen to how hard it’s been to live without Christian for a whopping three days. At least in this book the breakup lasts less than a week, so we don’t have to read about months of zombie-Bella. Then again, that makes this book worse, because in Twilight Bella goes through months of loneliness and depression and finally starts to recover. This book is a few days of “ZOMG we are apart and I just can’t LIVE without him, but I get to go on a date with him today and HOW WILL I COPE it’s not like this is an obvious attempt by him to get back together with me.” *Sigh* Only about 360 more pages to go.

This: “I cannot bear to hear any music. I am careful to avoid it at all costs. Even the jingles in commercials make me shudder.” 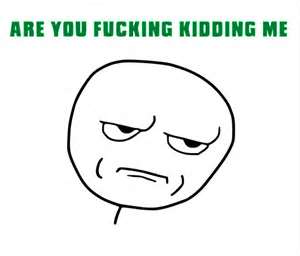 And this: “It’s the caffeine that keeps me going, but it’s making me anxious.” 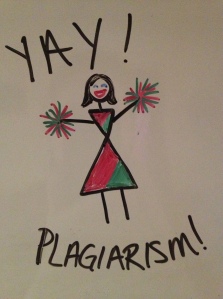 And then, fucking hell you guys, not only has Ana received roses from Christian, but at work she gets an email from him (and we immediately have to deal with this email shit again) about going to José’s art show because she doesn’t have a car (whose fault is that?!?). And of course this starts her thinking about missing him, and just maybe they can work things out. She tries to squash that idea, but the seed has been firmly planted. 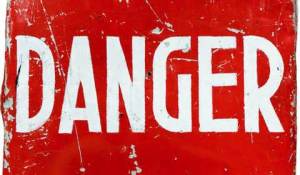 “That night in bed, I toss and turn, trying to sleep. It is the first time in a while I haven’t cried myself to sleep.”

And then there’s this that needs addressing: “The day drags and drags and Jack is unusually attentive. I suspect it’s Kate’s plum dress and the black high-heeled boots I’ve stolen from her closet, but I don’t dwell on the thought. I resolve to go clothes shopping with my first paycheck. The dress is looser on me than it was, but I pretend not to notice.”

Kody: Okay, can we examine all of the problems with this….?
Bug: So, you’ve lost enough weight in a week that your clothes are sagging off you? That’s… not healthy, ELJ’s fantasy self.
Kody: Nope, not at all. And she’s still stealing her roommate’s clothes. At some point, Kate’s gonna get pissed.
Bug: I think at this point it’s been established Kate gave her that dress. Either that, or she figures since Kate’s in Barbados, her closet quintupled.
Kody: Especially if you’re wearing her shoes. Bitch, don’t no one wear my shoes but me. You can fuck a person’s feet up like that, including your own.
But this, this is what I have the big big problem with: you don’t wear obvious date clothes to work!
Bug: nope nope nope
Kody: If the clothes make it clear you are going on a date, you take them with you and change in the bathroom after you clock out for the day. And most bosses don’t even frown upon that. You just take a zippered garment bag or something that doesn’t show the clothes to the whole world, and keep it out of sight until you are off the clock.
Bug: It’s one thing to wear a “convertible” outfit that you can change shoes, accessories, cardigan, etc and change the look. But wearing date clothes from 8 am? Bitch please. Also: “Jeez, I wish I knew how to use makeup. I apply some mascara and eyeliner and pinch my cheeks, hoping to bring some color their way.” So you DO know how your literary heroines used makeup. Even Margaret Mitchell mentions cheek pinching and lip-biting to give facial color in Gone With the Wind.
Kody: Derpity derp derp derp. If the next sentence isn’t, “I ran from the bathroom, black tears streaming down my face,” clearly you knew how to apply it.

Okay, and here’s another diversion from the plagiarism aspect:
My mouth dries. He looks glorious except he’s scowling at me. Oh no!
“When did you last eat?” he snaps as Taylor closes the door behind me.
Crap. “Hello, Christian. Yes, it’s nice to see you, too.”
“I don’t want your smart mouth now. Answer me.” His eyes blaze.

Come on people!!! How the hell can you read that and deny that this guy is an abuser, or at best a complete asshole?!? That is not romantic. That is not sweet or endearing. That was her cue to get the fuck right back out of that car.

Oh and also, the eating thing, as usual.

Then this is immediately back in the fray: “He smells of linen, fabric softener, body wash, and my favorite smell—Christian.”

So it looks like we’re gonna have to deal with those plagiarism themes being beaten to death for yet another book. Dammit.

Oh, this one’s back, too! “He glances down at me, gray eyes alive, and it’s there in the air between us, that electricity. It’s palpable. I can almost taste it, pulsing between us, drawing us together.”

Because he can, Christian takes Ana on an unnecessary ride on Charlie Tango, and I only mention it so I can use this:

“‘We’ve chased the dawn, Anastasia, now the dusk,’” because they can’t let Edward keep twilight to himself… And I don’t really get how that’s chasing the dusk. To literally chase the dusk, wouldn’t you have to follow it to the west. Seattle to Portland is pretty much north to south, so…. And it’s around 6pm in the middle of the summer. Twitter friend Alys put up a pic of Vancouver, WA at 9 o’clock last night, and they still had some daylight. None of this makes any sense. You know what, whatever. Fuck it.

And he harps on the eating thing again.

“‘Well, let’s go see the boy’s photos.’” Okay, let’s examine this phrase for a second. José is what, 21 or 22 at least. Christian at this point is 27, That’s five years, maybe, that Grey has on José. That is no grounds to call him “the boy.” But because 100+ year-old Edward refers to Jacob as a child, Christian has to have the same condescension about Ana’s friend. (Also: if you want to tackle this from a different problematic theme, you can look into racism in these books, there’s plenty of fodder there.)

There’s some talk about how clumsy Ana is, and even more about her eating habits.

“I want you that relaxed with me,” he whispers. All trace of humor has gone.
Deep inside me that joy stirs again. But how can this be? We have issues.
“You have to stop intimidating me if you want that,” I snap. SPOILER ALERT: He doesn’t.
“You have to learn to communicate and tell me how you feel,” he snaps back, eyes blazing. EXCUSE ME? All those things she says that you ignore and override, that’s her trying to communicate with you. GTFO.

She’s made it pretty fucking clear that she didn’t want to leave yet, has even asked you nicely and said “please.” And you fucking ignored her wants and ordered her to say goodbye to her friend. You sorry ass piece of shit mother fucker.

And the last page of Chapter One makes me want to break something. I don’t want to elaborate on it too much, it is just so rage inducing. Basically, after she’s spent all evening telling him she can’t handle getting back with him, he pushes her against an alley wall, kisses her and tells her that she belongs to him.

AND THEN SHE FUCKING APOLOGIZES FOR MAKING HIM DO IT. Fuck that noise.