I mean… I mean! How can you read this and not laugh?

He is gloriously naked. My inner goddess is doing a triple axel dismount off the un­even bars, and abruptly my mouth is dry. He really is beyond beautiful. He has a physique drawn on classical lines: broad muscular shoulders, narrow hips, the inverted triangle. He obviously works out. I could look at him all day.

I’m not even bullshitting you guys, those lines are there. I, just…. wow.

It’s that kind of ‘descriptive’ writing that makes the sex scenes in these books clunky, repetitive, and boring. And repetitive.

And, oh, the former sub’s name is Leila! 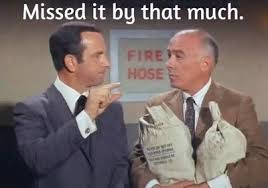 Christian tries to tap dance around the subject of Leila, but amazingly Ana actually stands her ground until CG tells her what is going on. TLDR; Leila is mentally unstable, potentially suicidal, hiding from her family, and trying to get Christian’s attention/stalk Ana. But CG doesn’t want to tell Ana about all of this because he wants to protect her.

This is a big plagiarism point for me. Leila is basically Victoria for now. She will constantly feint in and out, never quite successful, but never caught, always presenting something of a threat. It’s just that instead of Victoria trying to get at Bella because Bella’s partner killed Victoria’s partner, Leila is trying to get at Ana because Ana’s partner is Leila’s former dom.

Another plagiarism point is the fact that CG wants to hide all of this from Ana “for her own good.” I mean, of course, someone might be in the middle of a psychotic break and stalking you, but no need to worry yourself about it.

And then they have sex (off stage, thank you Lord). Then we get ANOTHER waking up scene. Repetitive.

And apparently more off stage sex. At this point I want to hook Ana up with some Cipro, because there is no way she is ending this weekend without a UTI.

This shit’s repetitive as fuck, yo!

Next up, Christian and Ana behave like normal people for maybe half a page, but then CG admits that he had Taylor bring back the Audi that he’d gotten for Ana. So Ana throws a hissy because the Audi is totally inappropriate and too much, etc… This is a plagiarism point for being pulled directly from Bella’s dislike of receiving gifts.

And here are my problems with this whole scene (and forgive me if I have talked about it before, but this really pisses me off):

First of all, she argues with him because he bought her a new car. I can go both sides of the fence here. On the one hand, dude, she said she didn’t want it, stop being a douche and drop it. Donate the car to charity if it makes you feel better. On the other hand, he has money to spare. Buying this car doesn’t put him out any, and IF he were to put HER name on the title, I would tell her to just take the car. But his name is probably (definitely) on the title, because it’s not a gift from Christian Grey if he can’t be in complete control of it. Repetitive.

Secondly, she argues with him because he claims they got $24,000 for her old, beloved VW, Wanda. She thinks that it is too much, and I actually agree with her, GOD HELP ME!

(Now, I’m not saying people haven’t paid that much for a vintage Bug, but I doubt hers was worth that.) Therefore, Ana doesn’t want to accept the money. Since stalker boy CG knows Ana’s account number and can put this money in her account with no say on her part, I feel like she only has a couple of options. One is that she could donate the money to charity. As much of a philanthropist as he claims to be, how could he argue with that?

I’m just kidding, of course he’ll argue with it. That’s what he do!!!

Another option would be to, oh, I don’t know, call the police? Get the feds involved? Can’t that be considered bank fraud? I mean, holy shit.

But mostly, the part that really pisses me off is that in this entire scene, never once is she mad at him for selling her car out from under her; she’s mad because he is trying to give her too much.

HONEY HE STOLE YOUR CAR, CAN YOU PLEASE BITCH AT HIM FOR THAT.

Of course, the arguing leads to almost sex, but they can’t (YASS!) because Christian is out of condoms. So they go out for breakfast instead!

But the surprise is that Christian has brought her to a salon.

Correction, his salon (one of several he owns) to get a haircut. And the chapter ends with *dun dun dun* tension as Ana realizes that the “older” woman Christian is talking to must be the dreaded Mrs. Robinson.