So here it is, the 50Shades Pilfered list of blatant plagiarism to finish out the book, starting with Chapter 11, because that’s as far as I got working on this one before I said, “FUCK IT!”

(Side note: I get progressively drunker and drunker as this goes on, so… enjoy?)

Okay, first of all, the chapter 10 cliffhanger… yes, chapter 11 begins with CG sinking the 8 ball. SHOCKING, I know.

This chapter is basically sex, then Christian being overprotective, then sex.

Also, there’s the suddenly electricity that pops up around them from time to time, a la the biology movie scene in Twilight.

And this, “Nothing you tell me about yourself will frighten me away.” (aka, still waiting for the running and the screaming.)

We are reminded of Ana’s love of books and CG’s playing of piano, lest we forget.

And of course, the semi-prophetic dreams, let’s not forget that.

Oh, and the Leila/Victoria weirdness is back.

(Side note: Fuck this guy.)

Re L/V: “She does seem to have an uncanny ability to evade us”

(Side note: Fuck this guy. Again.)

Ana/Bella breakdown because she thinks she’s not as good as the larger than life CG.

Ana/Bella never aware of the danger she’s in.

CG still waiting for the running and the screaming.

The weird scene where they are both kneeling in the floor reads A LOT like the first time Edward takes Bella to his little meadow.

The whole “when I thought I lost you, my perspective changed” bit.

Oh, the reveal of his biggest, darkest secret. (Correlates to Edwards admission of angsty killing spree.)

YOU NEED TO EAT SOMETHING ANA!

(A whole lot of chapter about Jack Hyde, the asshole. He really is an asshole, I can’t fucking stand him.)

Ana/Bella decides to use self defense tactics instead of calling for help or running.

(Though in this instance, yeah, it actually makes sense, so we’ll call this one a wash.)

(Also, I really fucking hate CG right now. Ana’s boss attempts to use her to blackmail CG, and CG is angry *at Ana.* Fuck this guy.)

Man, fuck this guy, fuck that guy. Fuck everybody in this book. Except for Taylor. Taylor’s my boy.

“He is master of my universe.” heh…

Oh, a comment on her scent. It’s been a while.

I really hate this scene with her driving her new Saab for the first time and CG’s all like OMG YOU HAVE TO CONCENTRATE like, fucker, she’s not 14 or 15 learning to drive for the first time, and you aren’t her dad, FUCKING CHILL K?

(Also, you plan to quiz his psychiatrist about him. That’s….. not ethical. Or legal.)

Still waiting for the running and the screaming.

Also, still with the “come on, marry me” even though she clearly isn’t ready for that.

(They just straight up give Ana Jack’s job, and at this point I’m like, fuck it, whatever.)

(This conversation with Flynn is ridiculous.)

(CG might be the worst backseat driver in the history of driving.)

But it fits, because Edward doesn’t really trust Bella’s driving either.

(Also he’s going to buy her a house.)

“Oh José. You know what my mom says—I was born old.” But do you get more middle-aged each year?

But it’s cool, after hours of everyone worrying, CG just walks in, all “nah, everything’s fine.” Well, except for the suspicious fire in his helicopter. Sabotage? Sabotage.

Jose “implying” that Ana is only in love with CG because of his money.

CG wants to follow tradition and ask Ana’s dad if he can marry her.

(….Ana doesn’t like that Taylor calls her ma’am because “It makes [her] feel so old, at least thirty.”  GET WREKT BITCH)

Having to deal with suddenly being rich.

(And CG is on the phone, like “the Eurocopter specialist….” like, get the fuck over yourself, it ain’t that big of a deal. Hell, my brother works for Eurocopter. I think he still does. Fuck, I don’t know. I know that he did at one point though, so gtfo CG.)

Oh my good God I am so sick of these non-cliffhangers I fucking swear.

Mia/Alice demanding to see the ring.

Mia/Alice’s over-exuberance at the wedding planning.

(Oh Dr. Flynn and his cricket metaphors. Because he has an English accent, as we are so often reminded. So of course, why the fuck not.)

(My hair just caught fire: “Ros is charming, and I soon discover they live almost opposite Escala. She is full of praise for Christian’s piloting skills. It was her first time in Charlie Tango, and she says she wouldn’t hesitate to go again. She’s one of the few women I’ve met who isn’t dazzled by him . . . well, the reason is obvious.” Because Ros is gay. So therefore isn’t a threat to Ana, which is why we don’t have to listen to her snide assessment of Ros like we do every other woman. HAIR. IN. FLAMES.) 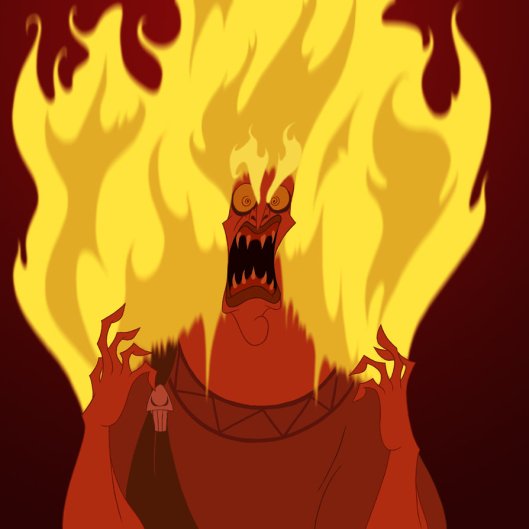 Hot damn, this chapter is so heavy on the CAN’T YOU TELL MIA IS ACTUALLY ALICE. BUT LIKE without THE FUTURE VISION.

So, Ana just tossed her drink into Elena’s face (..that’s Mrs. Robinson) and I am equal parts FUCK YEAH and DON’T WASTE GOOD BOOZE DAMN YO.

Also CG’s mom slaps the shit out of Elena, and y’all I am drunk by this point, and I straight up just applauded.

(Apparently being drunk makes me use all the CAPS.)

Hearts and flowers, blah blah blah, and the story ends with Jack smoking, drinking, and spying.